​The Pitter-Patter Of Paws

There is nothing like coming home after a long day of work to find a happy little furry friend waiting at the door wagging and jumping with excitement. Their mommy or daddy was home, yippee!

Some refer to a pet-lover as one of “those” kind of people but do they realize what they are missing out with the unconditional love and companionship a pet brings to their life? 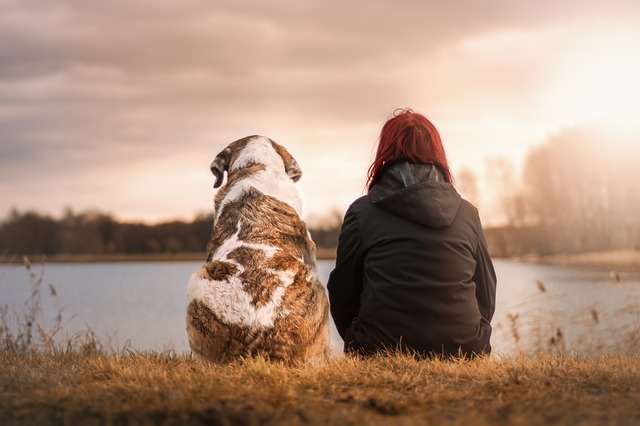 “Then the Lord God said, ‘It is not good that man should not be alone...out of the ground the Lord God had formed every beast of the field and every bird of the heavens and brought them to the man to see what he would call them. And whatever the man called every living creature, that was its name.” Genesis 2:18-19

Growing up, we always had pets. My father taught me to love and respect animals of all kinds, and I watched both he and my mother nurture and care for strays many times. As a little girl, he would show up at home after work and bring in little animals he had always rescued. Some were quite unusual!

The most memorable pet I have ever had was an armadillo. Being a Texas gal, we were known for the unique style of pets we kept. My armadillo stayed in our backyard, and I can remember playing with it for hours. My father rescued it as a baby that had lost its mother. It was so tiny but grew quickly. 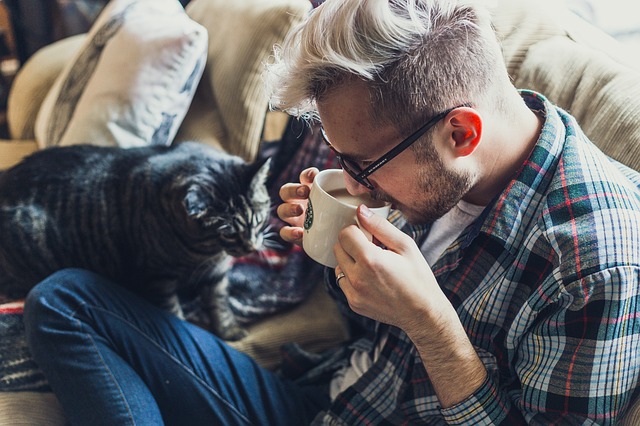 Oddly, we would catch horned toads quite often and keep them as pets only to turn them loose once dad found out we had caught something from the wild.

Now that I am an adult, I find that for the past 29 years, I have always had a pair of dogs at any given time. Being an empty nester, my dogs have become my children so to speak and as wild and crazy as that may sound, my urge to nurture is fulfilled in the absence of my grown daughter. I guess I could be the “crazy dog lady” instead of the “crazy cat lady!”

The first dog, me and my husband adopted, was Boo. He was a rescued Basset Hound that was quite large and had paws the size of a polar bear. Boo was cantankerous at times and with a disposition that did not agree with others at times. He traveled the country with us and endured some tough times in our lives. His favorite thing to do was to go through McDonald’s drive-thru to get a hamburger as a treat every now and then. Sunday mornings were donut days in our household of which Boo always got his special plain donut that the local donut shop made just for him.

We never left Boo when traveling; he always went with us. However, the only time we ever left him was when we traveled to see family in Boston for Thanksgiving. We hired a pet sitter for Boo. On Thanksgiving day we received a call from our pet sitter that Boo had a massive stroke and was at the local animal hospital. We drove a 12 hour trip in just over 6 hours to get home to him.

Arriving at the animal hospital, we found Boo unable to move and his overall appearance was heartbreaking. After spending a good hour of holding him and having our last moments with him, the moment came that the vet had to put him down. As my little man left this world, I gazed into his eyes and helped him to cross over the Rainbow Bridge. 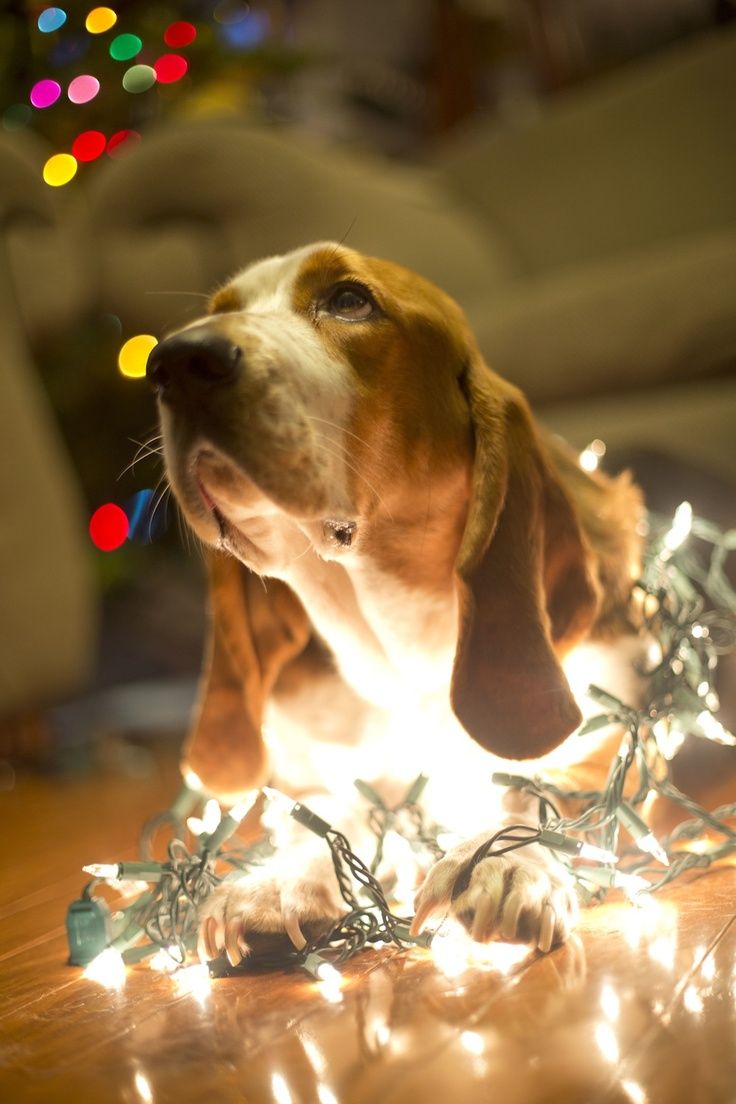 After we had time to grieve the loss of Boo, we adopted another little Basset Hound. She was a feisty little girl that was hungry for attention. We never could find a perfect name for her, and eventually “Baby” was what we called her. She was precious with her long floppy ears dragging along as she walked.

I noticed something wrong with her neck after we had her 2 months and had the vet check her. My heart sank when the word “cancer” was mentioned. Baby had cancer in all of the lymph nodes of her neck, and it was terminal. Within a month we lost her. Again, I felt such a sense of loss as I had to help another loved pet over the Rainbow Bridge.

Now I come to Gracie who became a part of me like no other dog had. I went through a very painful season of my life when my daughter (my only child) left home to pursue her own life. I was lonely and very down for such a long time. Should I get another dog? Can I handle the pain of loss if something happens to the dog? Yes, and yes.

I found Gracie through an online breeder that specialized in Basset hounds. I figure if I invest in a purebred, maybe I would get a healthier dog that would last longer. Gracie was coming to New York all the way from Nebraska by plane, and we were on our way to the airport to pick her up. I was so excited. Arriving at the cargo area, we were given her crate with her in it. Quickly we went outside to let her out. Out walked this clumsy little dog with a big white heart on her forehead! I was amazed at that marking. She was cute as a button. We had Gracie for 13 years. She was my baby, and we loved the dickens out of her. Ironically, her birthday was on Valentine’s!

With her being a “pure-bred” it’s funny now that I think about how she looked. My grandkids always called her a “walking table” because she had long legs and a huge flat body that really did not resemble a Basset hound! She was one of a kind.

The day after her 13th birthday, I had to rush her to the vet because she could not breathe. Her trachea had collapsed, and we lost her. Why Lord? Why this again? I was devastated.

In time, the crying stopped, and I worked my way through the healing process. Getting another pair of dogs allowed me to continue nurturing and loving the unadoptable rescues. My two dogs I have now are oddly unique.

Bubbadog was one of the leftovers from numerous adoption events that no one wanted. Baby went through several shelters and foster homes and at 2 years old was still not adopted. When I saw their pictures online, their faces tugged at my heart. They picked me instead of me picking them! 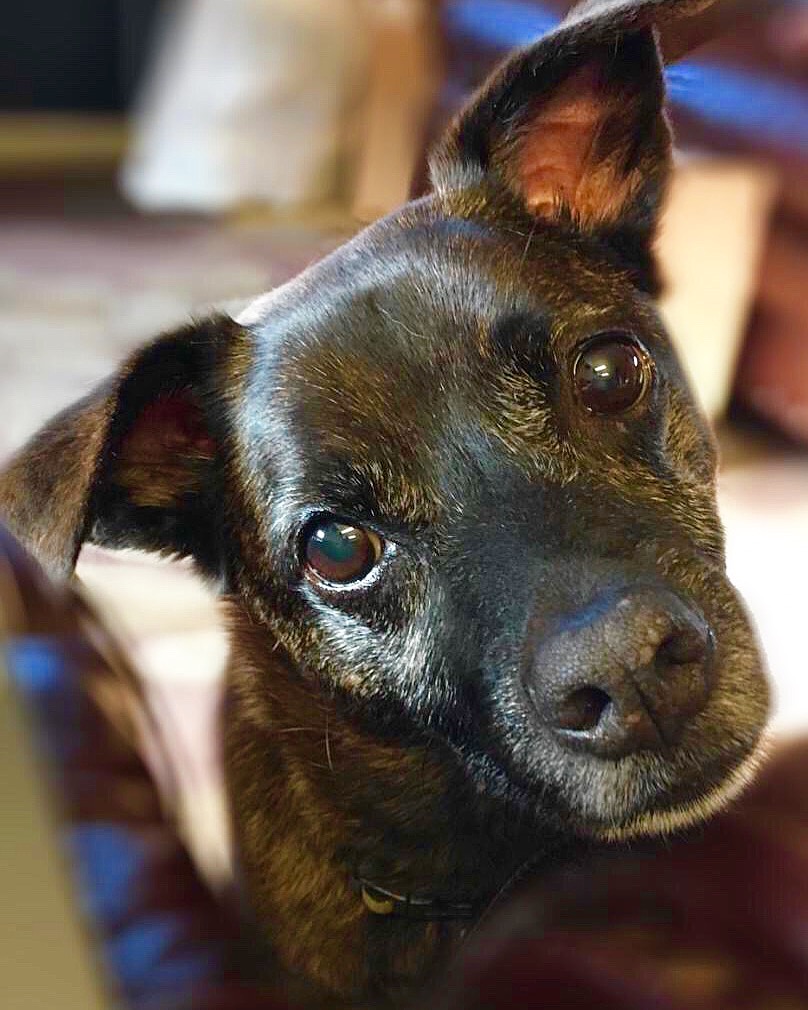 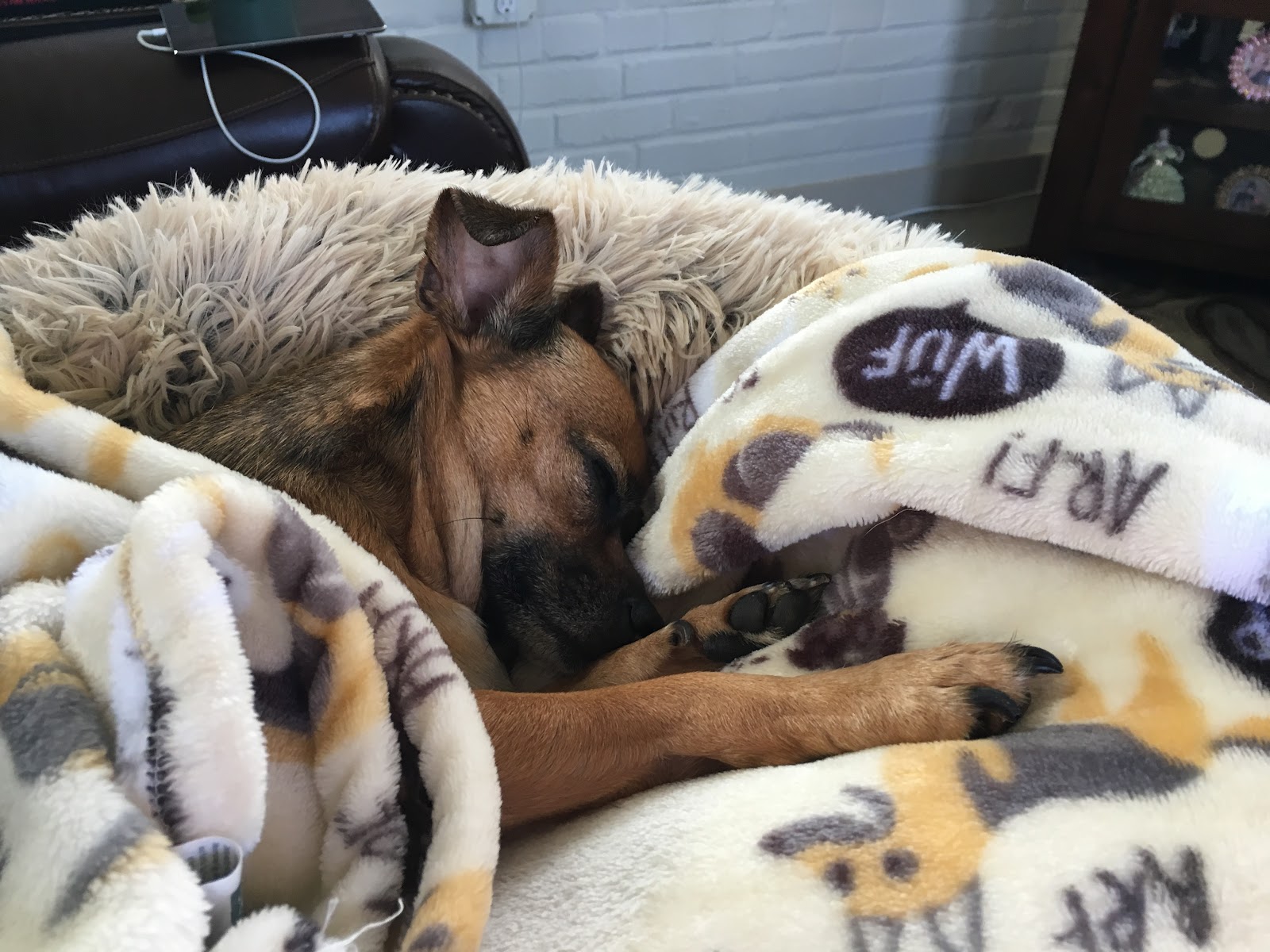 Regardless of the pain of loss, I have endured, there is nothing that compares to seeing my dogs (whichever dog it may have happened to be at the time) wagging their tail at me, or cuddling up for a hug. The companionship has been blessings each and every time.

I “pawsitively” recommend getting a dog if you haven’t, and for those of you who know exactly what I am talking about being a dog mom, I say “God Bless You!”

You see, God placed animals in our lives for a reason. For some of us, we have a special place in our hearts to give the unloved, unadoptable, unwanted creatures a home with love. For regardless of what we give them, they give us so much more in return.

“Whoever is righteous has regard for the life of his beast.” Proverbs 12:10 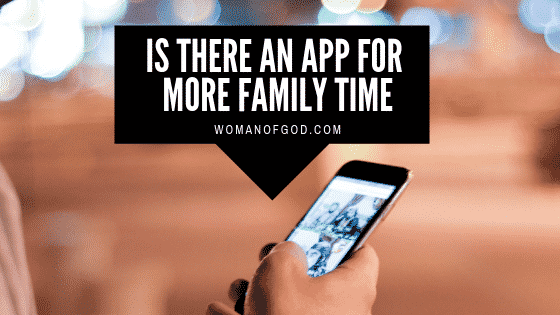 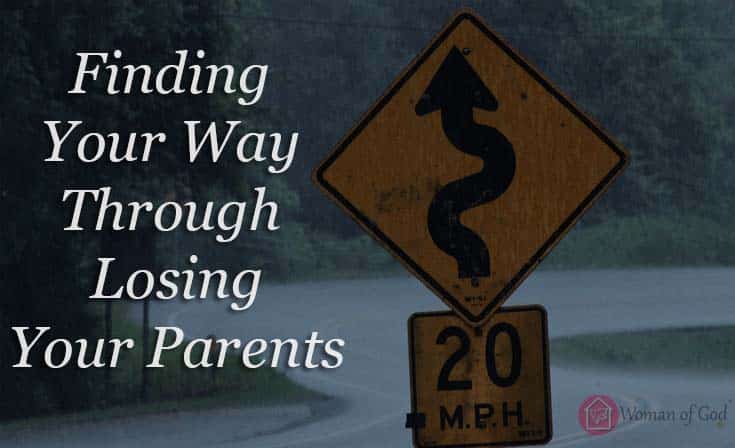 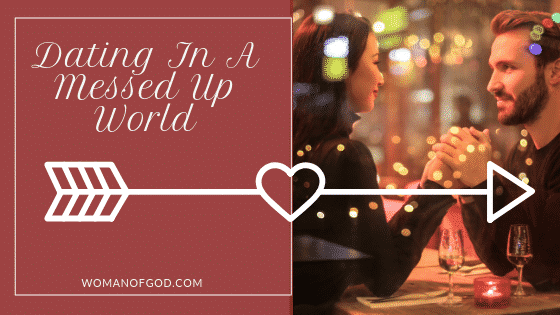 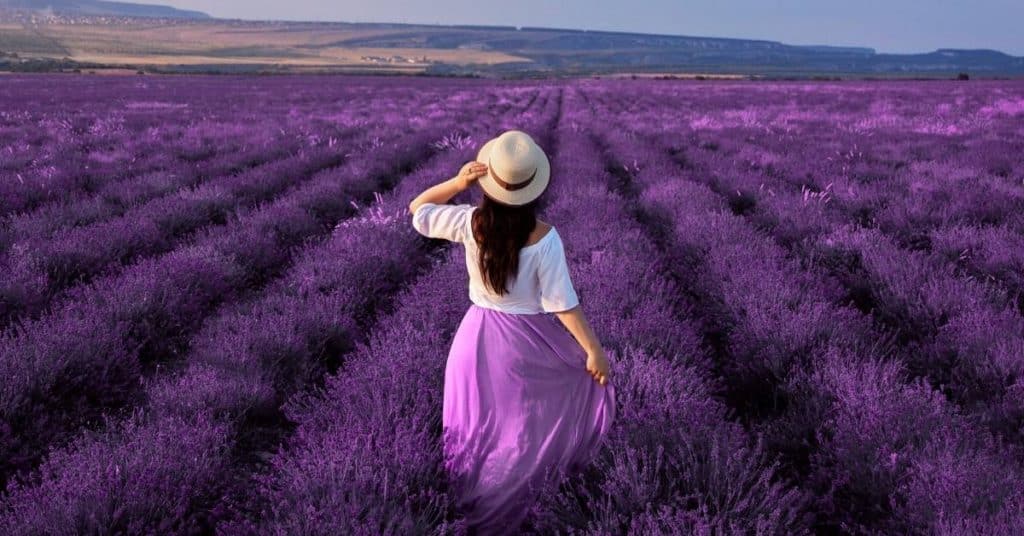 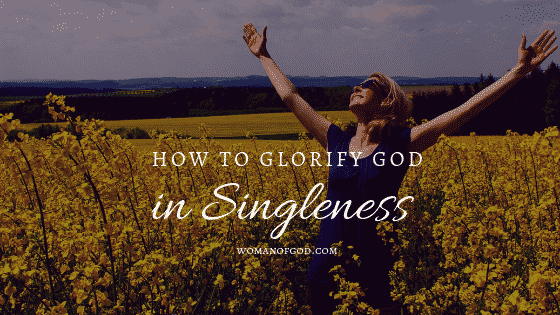 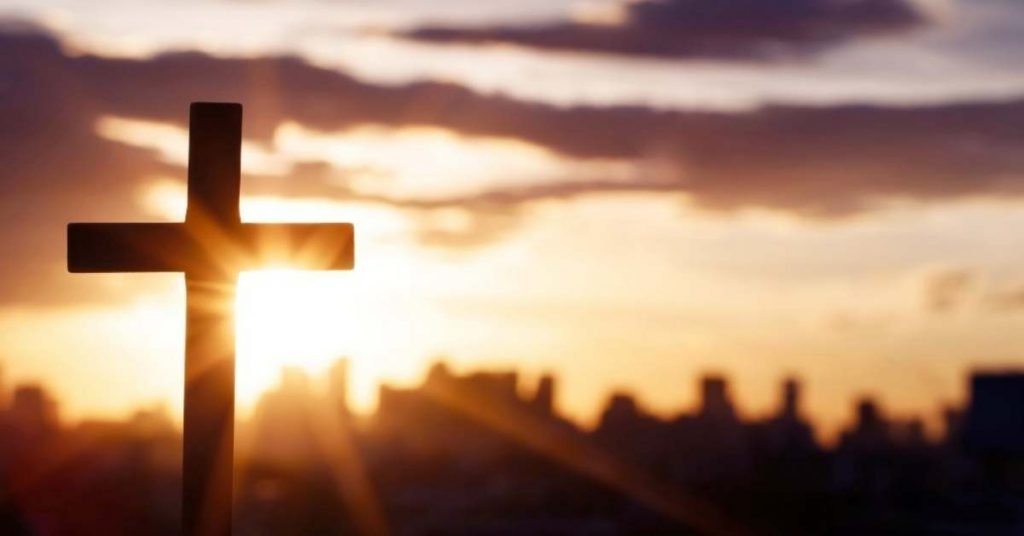 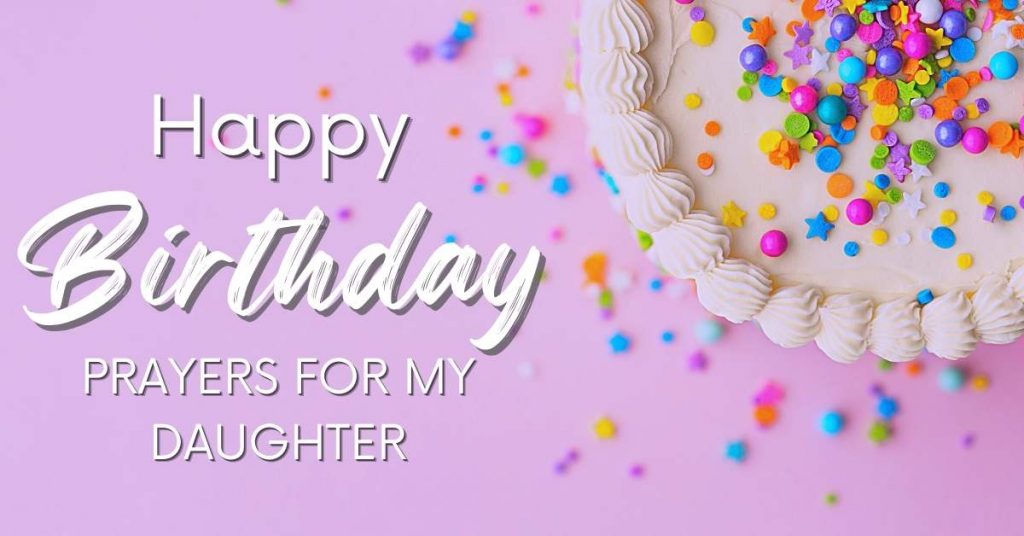 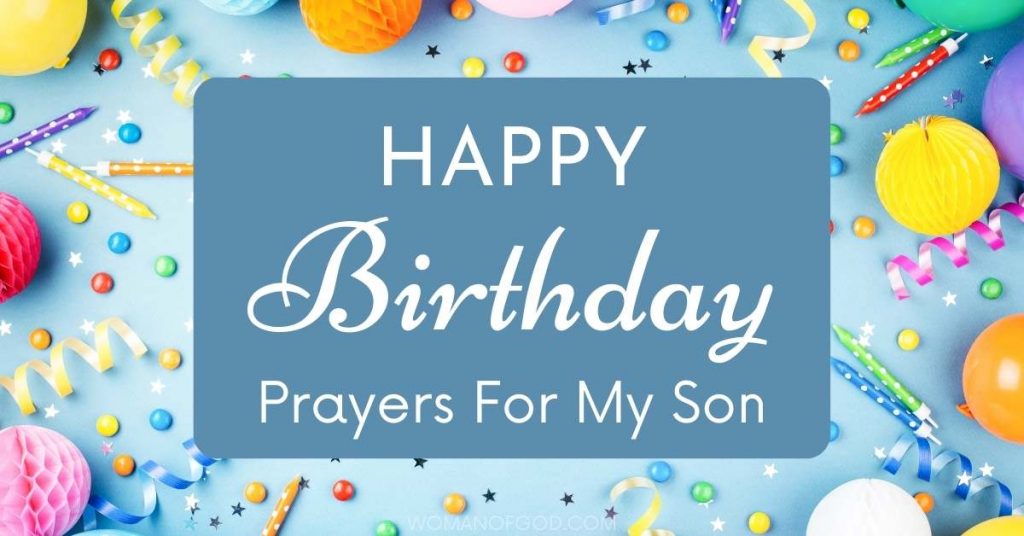 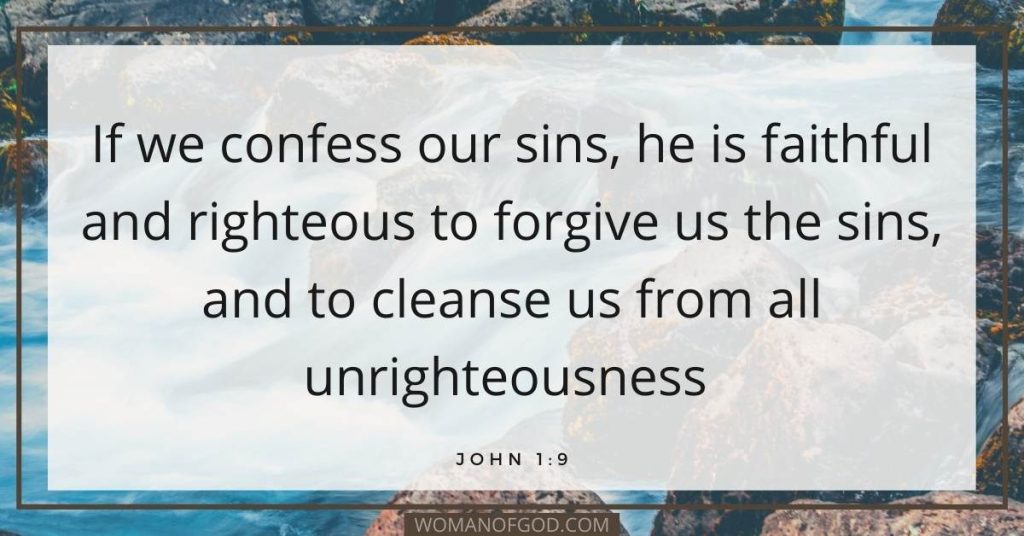