Every day, we get “reports” from the news, our experiences, our friends and family, and many other sources. We also get reports from the Word of God which oftentimes contradicts what others are saying.

Who has believed our report? And to whom has the arm of the Lord been revealed? Psalm 1:1-2

Isaiah framed the question for us for all time in the verse above. Consequently, when it comes to our healing the question still is this: “Whose report will we believe?” We must choose to believe the report of the Lord. What else do any of us have?

But he was pierced for our transgressions. He was crushed for our iniquities. The punishment that brought our peace was on him; and by his wounds we are healed. Isaiah 53:5

He himself bore our sins in his body on the tree, that we, having died to sins, might live to righteousness. You were healed by his wounds. 1 Pet 2:24

We may need others to pray specifically for us at least three (3) TIMES A DAY until their disease is broken.

Sometimes ours may be one of those situations where it may require all the reinforcements we can muster.

Again, assuredly I tell you, that if two of you will agree on earth concerning anything that they will ask, it will be done for them by my Father who is in heaven. 20 For where two or three are gathered together in my name, there I am in the middle of them.” Matthew 18:19-20

Remember, we serve a supernatural God!

Just because we don’t see a way doesn’t mean that He doesn’t have a way.

God can bring one opportunity across your path that will thrust you to a new level. He has explosive blessings that can blast you out of debt and into abundance. ‘

“Well, I don’t think I’ll ever get well. You should see what the medical report says about me.”

No, that may be true according to medical science, but we have another report and it says, “You will live and not die. God is restoring health unto you.” With men it may be impossible, but with God all things are possible.

We are living in the world full of contrasting reports. Satan and the world’s system give their report while God and his servants give a different report.

Whose report will you believe? Isaiah 53:1 says, “Who has believed our report? And to whom is the Arm of the Lord revealed?”

Who has ever experienced God’s delivering power?

In the book of Genesis 3:1-6, satan challenges God’s word, so you better know what God says. If man gives you a report which is contrary to the word of God, “let God be true and every man a liar” (Romans 3:4).

“Blessed are those who do not follow the advice of the ungodly, but delight in the law of the Lord (Psalms 1:1-3).”

A lot of people may advise you to do things contrary to God’s word. For example: Believing that a certain kind of sickness is incurable.

In Romans 4:17-21, Abraham did not consider his body or the deadness of Sarah’s womb, but he believed the report of the Lord saying “so shall your seed be.”

Abraham was convinced that what God promised, He was also able to perform.

Whose report will you believe?

In Mark 5:25-34, the woman with the issue of blood heard the report about Jesus, while doctors could not heal her; she believed and touched Jesus’ garment and was healed.

In 2 Chronicles 16:12-13, it speaks about King Asa who only sought help from the doctors and never from the Lord; his sickness got worse and then he died.

Therefore, trust the Lord for your healing because nothing is too hard for Him.

God placed doctors here to help us and we should go to the doctors to find out what’s going on with our body.

Despite what the doctor says, you can believe the report of the Lord and the word of God for your healing.

Proverbs 4:22 says that God’s word is “health to all your flesh,” and it works for those who find it.

Medicine should be taken according to the doctor’s instructions; if he says take two tablets three times a day for one week; you should do exactly as he advised.

You believe it works even when you still feel pain, now that’s what the doctor’s instruction is.

Now let’s see what God is saying or is instructing you to do. Take these verses as often as possible, meditate on them day and night, if the condition gets worst double the dose; do not believe the devil’s report.

The devil always questions the word of God.

In Romans 8:2 it says, “The law of the spirit of life in Christ Jesus has set me free from the law of sin and death.”

In Philippians 1:21-26, Paul did not know what to choose but he ultimately chose to remain living.

We have authority; God has given it to us, use it. “Jesus has given us authority over the power of the enemy and nothing shall in anyway harm us (Luke 10:17-19).”

Jesus is building his church and the gates of hell shall not prevail against it; Jesus has given us the keys of the kingdom of heaven (Matthew 16:18-19).

John 14:12-14 tells us that believers will do the works that Jesus did, even greater works because Jesus is now with the Father.

Job 22:28 states that, “You shall decree a thing and it shall be established”. So, decree and declare that no weapon formed against you or your family in any way shall prosper and every tongue that shall rise against you in judgment you shall condemn.

This is the heritage of the servants of the Lord. Amen

Let God Be True And Every Man A Liar. Whose Report Shall You Believe? I Shall Believe The Report Of The Lord.

The prophet of Isaiah is asking, who believes the word of God delivered through him and other prophets.

The very next word is “And,” signifying a connection between those who believe the report of the prophets and what follows next.

The arm of the Lord is revealed. Revealed to whom?

In Numbers 13 and 14 we read the story of the spies sent into Canaan Land from the camp of Israel. Remember, Canaan Land is referred to as the “Promised Land.”

Because God’s word to them was that it belonged to them.

Numbers 13:2 says, “Send men to spy out the land of Canaan, which I am giving to the children of Israel;”

The report of the Lord was that the land belonged to them. So they sent the spies to check out the land. When they returned, they brought back a report.

Actually, two different reports were brought back to the camp.

Caleb and Joshua brought back this report, “Let us go up at once and take possession, for we are well able to overcome it.” (v30)

But the other ten spies brought back a different report.

They said, “We are not able to go up against the people, for they are stronger than we.” (v31) The land was full of giants.

They chose to look at the giants and not the promise of God.

Look at the very next verse, “And they gave the children of Israel a bad report.” (v32)

The children of Israel were given two reports.

One lined up with what God had promised.

The other contradicted God’s word and the Bible calls it a “bad report.”

Both parties saw and acknowledged the giants. But one party sided in with the promise of God and the other took sides against the promise.

The whole congregation lifted up their voices and cried, and wept that night. Then they complained. Then they came up with a new plan.

They chose to believe the bad report instead of the good report.

What if they had chosen to believe the good report, the one that lined up with God’s word?

But instead they wandered in the desert for another forty years and none of them entered into Canaan.

Numbers 14:9 refers to their choice to believe the bad report as rebellion. Verse 11 refers to it as rejecting God and unbelief. That means doubt is sin.

So, how do we apply this to our life?

When the doctor gives us the report of cancer do we accept it or do we believe (and speak) the report of the Lord which is, “And by His stripes we were healed.”

This is completely different than believing for a good report.

Believing for a good report is nothing but unbelief, clothed in faith language.

Do you see the difference?

This will help you see it. If the spies spoke and acted like many of us today, it would have gone something like this:

The Lord promised them the land and told them to send in spies. Moses sent the twelve. They came back and reported that the land was wonderful, but full of giants, so they contacted everyone they knew to believe God for a good report for the next time they went back into the land.

The day they were going back to see the land again they sent out an email, “We are going back in! Please believe God with us for a good report!”

Do you see it now?

Instead, in the face of all evil, pain, sickness, disease and poverty, (all the evil reports coming at us), choose to believe, speak and side in with the promises of God! Then, He will go to work to change your circumstances!

Believe The Report Of The Lord

​Your life is a product of your words.

When Adam decided to act on the serpent’s words in the Garden of Eden, he became a slave to satan. Adam lost his fellowship with God and had to live a life of hard labor, and ultimately died prematurely.

Satan has been blinding people ever since, trying to convince them that God’s Word isn’t true. As a result, people have been living subject to poverty, sickness, and spiritual death.

Jesus came to give us prosperity, health and eternal life. But the road to life in Christ Jesus is paved with believing God’s Word.

So the question has got to be asked, whose report are you going to believe?

The report you believe determines what you do.

You must decide once and for all that you are going to believe the report of the Lord, because circumstances change, but God’s Word never changes.

Knowing the infallibility of the Word of God, Jesus defeated the devil when He came face to face with him.

In Luke 4, the devil is tempting Jesus in the wilderness. Jesus did not argue with him. He took the sword of the Spirit, which is the Word of God.

Jesus had a living Rhema word at that moment. He took out the dagger of the Word of God and verse 13 says, the devil left him for a season.

SO, WHOSE REPORT WILL YOU BELIEVE?

Somebody told you that Jesus saves and heals and delivers. When you heard that you said I will receive that word.

Somebody told you that Jesus paid the price for your sin on Calvary’s tree, and He rose from the dead to see to it that what He said comes to pass in your life; and you said I receive that word. And the moment you did power transmitted back to you.

You are not the same, now that you have received Jesus as Lord of your life. Now Jesus is your Lord, your master, the one who directs your life. And when you hear His Word, you receive it. 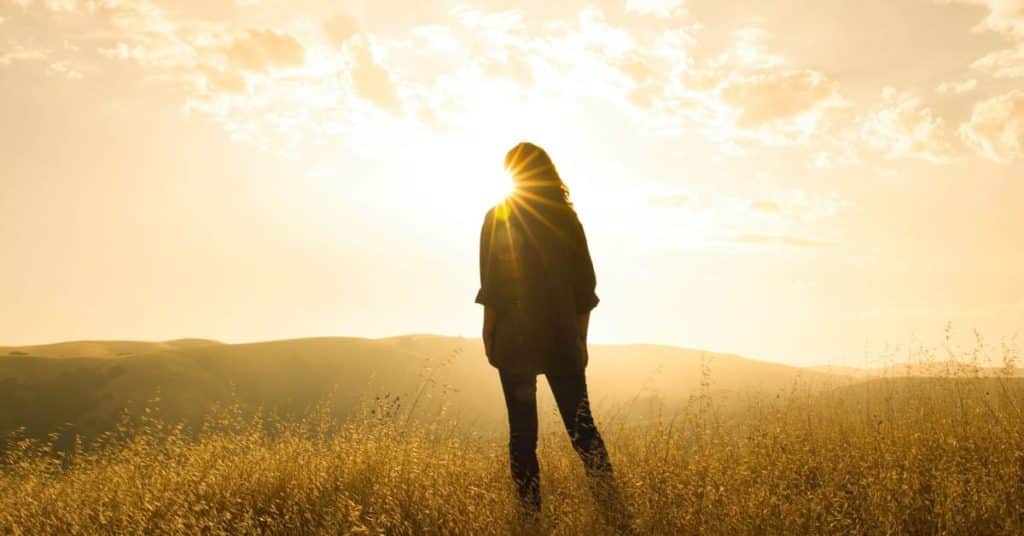